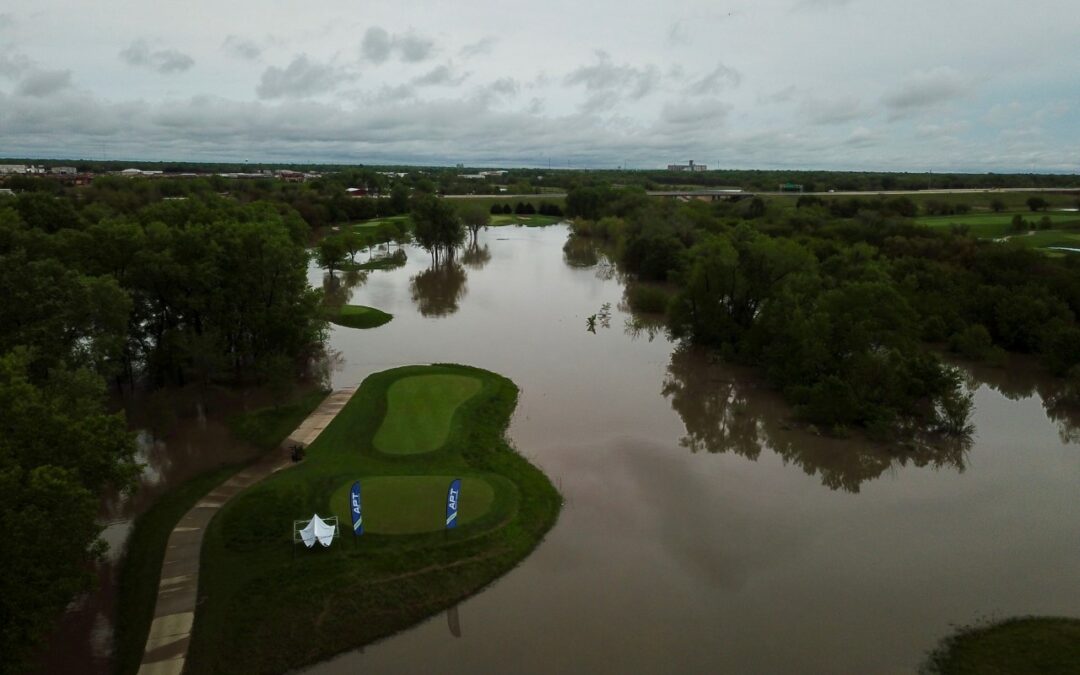 NEWTON, KS –  Excitement was high as players were set to compete at the Sand Creek Classic, but unfortunately mother nature had other plans.  After heavy rainfall Monday and Tuesday night the course experienced historic flooding.  The tournament scheduled to take place May 8th to May 11th at Sand Creek Station was forced to be canceled due to the flooding from the mass amount of rainfall in the Newton, Kansas area.

“We certainly looked at every option to get the event in while we were in Newton,” said tournament director Patrick Murphy.  “It was an incredibly difficult decision because the golf course was in fantastic shape and it might be one of the toughest courses we play all year.  It’s very unfortunate that mother nature did not cooperate and prevented the course from being played.”

“It was a tough and jagged pill to swallow; months of planning and training then to be forced to cancel due to flooding, but it was the right decision,” said head pro of Sand Station Creek, Chris Tuohey, when asked about the tough decision to cancel the tournament. “We look forward to having the APT return in the very near future. It will happen!”

The APT would like to extend a huge thank you to the Sand Creek Station staff for their support and hospitality over the past few days.  While we had to cancel play, they were flexible and great to work with.  The APT looks forward to returning to Sand Creek Station and Newton in the future.