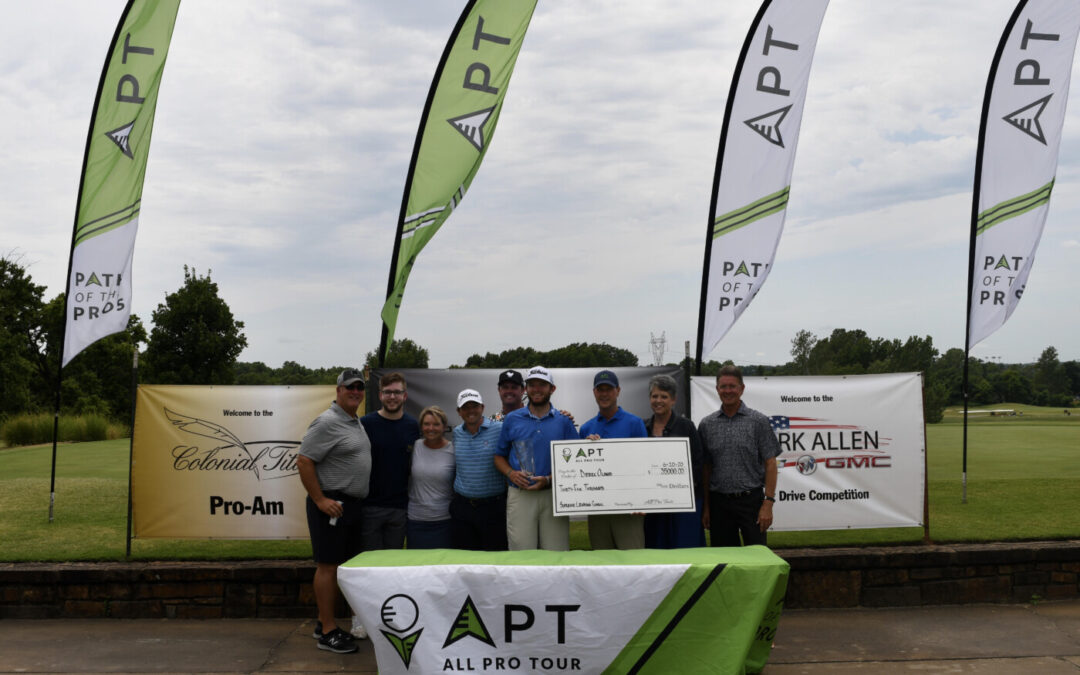 (Broken Arrow, OK) – The 2020 Supreme Lending Classic was one for the record books; from a new course record of 59 set by Brendon Jelley (Tulsa, OK) in the Pro-Am on Tuesday, to the champion setting a new tournament low.  The field experienced windy conditions in the first two rounds, but that didn’t stop some players from going low.

Alvaro Ortiz (Guadalajara, Mexico) carded the lowest opening round posting a 63 (-9) with an eagle on the par 5 3rd along with eight birdies.  Ortiz found trouble in the second round shooting an even par round to fall down the leaderboard.  Round two was dominated by 36 hole leader Derek Oland (Plano, TX) after posting a back to back rounds of 64 to lead by 4 going into the third round.

The third round presented prime scoring conditions and the players took advantage.  The lowest round of the tournament came from Blake Elliott (Bullard, TX) who shot 11-under par (61), tying last year’s champion Nick Hardy’s third round total.  Elliott trailed Oland by one shot going into the final round.

Oland got off to a good start in his final round carding four birdies before the turn, including a 40 footer on the par 3 7th.  Through the round Eason put himself in contention by getting within one shot of Oland after the par 5 15th.  Eason would have a costly bogey on the par 3 16th to allow Oland to go up two shots.  Oland would follow that up with a birdie on 17 to take a three shot lead into the final hole.  Oland would finish 18 with a tap in to seal his first All Pro Tour victory at 28-under.

Next week the APT heads to Bella Vista, AR at Bella Vista CC for the NWA Charity Classic. The first round will take place on Tuesday, June 24th with the final round on Friday, June27th.