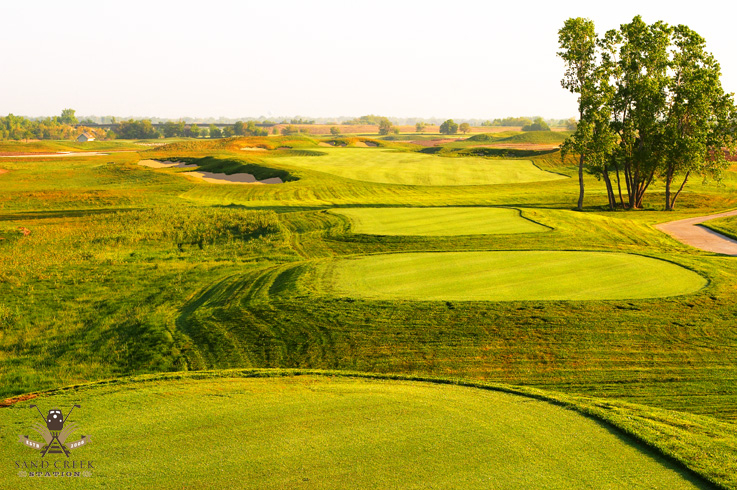 Dallas, TX – The final leg of the 2020 All Pro Tour summer schedule brings us to Kansas for the Sand Creek Championship and the Colbert Charity Classic.  The APT will bring a full field of 156 of the best PGA hopefuls to Sand Creek Station in Newton, KS September 15th – 17th and to Colbert Hills in Manhattan, KS September 22nd – 24th.

“Sand Creek Station is a special place,” says APT President, Gary DeSerrano. “Last year was such a disappointment when Mother Nature rained us out. We are very excited to bring the best PGA hopefuls back to Newton this September. It should be a great time of year for a tournament!”

The Colbert Charity Classic falls just one day after the Korn Ferry’s Wichita Open Monday Qualifier, giving players the option to play in another tournament if they do not qualify.  “We look forward to follow-up the Sand Creek Championship during the APT Tour Fall Series and highlight two fantastic public golf courses in the State of Kansas.  This will be our ninth consecutive year hosting the Colbert Charity Classic and Colbert Hills will continue to provide a championship test for the professional players.  Thank you to Little Apple Toyota/Honda and the Manhattan Convention & Visitors Bureau for their continued generous support as Presenting Sponsors,” said Bernie Haney, K-State Golf Course Foundation Executive Director.

Both tournaments will be the same format of 54-holes, three day events where the field will be cut down to the top 35% including ties, after 36-holes.  This year’s tournament purses are expected to be $120,000 with the tournament champion taking home $25,000 guaranteed.  This champion of each respective tournament will also receive a paid entry into the Big Money Golf Classic in Orlando, Florida on January 4th – 6th.

Tournament Storylines
The 2020 All Pro Tour season has undeniably been dominated by Oklahoma State Alums.  Zach Bauchou, Sam Stevens, and Brendon Jelley have all won on tour this season.  Bauchou, 5th on the money list, will look to take home another win to end the season as he’ll start in both remaining tournaments. Jelley, 6th on the money list, will compete in the Colbert Charity Classic only while money leader Stevens will not play the remainder of the season.

Luke Gannon (Bel Aire, KS) is getting hot at the end of the year.  Following his highest finish on the APT this season at T8 at the United Way Charity Golf Classic at Hardscrabble CC, Gannon Monday Qualified for the Korn Ferry Tour’s Lincoln Land Charity Championship where he missed the cut right on the number at 3-under par.  Gannon returns to his home state this week and will look forward to continuing his recent success.

Conner Godsey (Rogersville, AL) returns to the APT for his second tournament this season.  Godsey has been playing on the PGA TOUR’s LocaliQ Series where he sits in 15th on the current points list.

Action gets underway at 7:30 a.m. CT all three days with play starting off No. 1 and No. 10 tees in each round.  Attendance is free to the public.