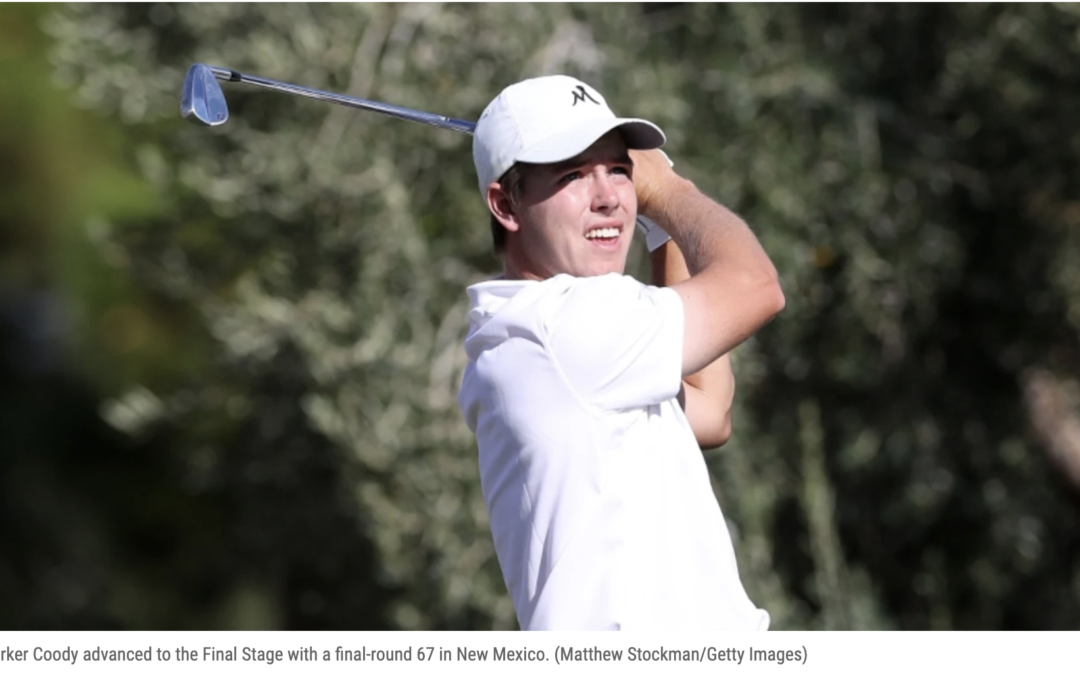 “Notables to advance: Parker Coody, the twin brother of Korn Ferry Tour winner Pierceson Coody, earned his way to Final Stage after a final-round 67. Coody, a winner on PGA TOUR Canada this year, was part of the University of Texas’ national championship-winning team in 2022… Peter Kuest finished second at 10 under, while Ryan Grider came in at 9 under and finished third to qualify for Final Stage… Joel Thelen fired a sizzling 7-under 64 in the final round to finish at 7 under for the week – and easily advance… Jake Staiano makes birdie on two of his final three holes to advance on the number.”